You are legionaries, you are courage, you are strength and you are the immortality of Rome

FilmSim events is proud to present a new EyeLARP experience…

It is 51BC and a time of great unrest within the Republic. The consul, Gaius Julius Caesar, stands triumphant in Gaul, having defeated the great arch enemy of Rome at the battle of Alesia. However, rumours fill the forum of a growing feud between the great warlord and his co-consul and former mentor, the legendary Pompey Magnus.

In 52BC, while Caesar raged through Gaul, he dispatched the young and ambitious Mark Antony to Rome to begin his political career, and be his spokesman to the querulous Senate. While enjoying his new status and salary, Antony found himself in one of the more disreputable taverns in one of the more disreputable streets, and found someone seemingly even more out of his depth than he was – a pompous young senator’s son of the Patrician class, with more denarii than brains. Several games of knucklebones later, and Antony became cocky about his winnings, bragging about his recent victories in Gaul as one of Caesar’s trusted commanders. An hour later and Antony had lost everything in his coinpouch, the slave who had accompanied him and was in danger of losing the tunic on his back… one last roll and Fortuna would smile on him, but what did he have left to bet?

The following morning, and with the worst hangover of his life to date, Mark Antony dispatched a messenger to the Praefectus of the 11th cohort of the 12th Legion.

“Transfer the best Legionnaires to the Speculatorum, and anyone else of any use to the 5th and 9th cohorts. I want you to fill the 11th cohort with all the problem cases, all the most useless plebs and the insubordinate whelps from across the Legions. And have them ready to march on Narbo in six weeks to meet their new Military Tribune. Tobias Caelius Tarquinius.”

All players of Legio SPQR are members of the 11th Auxillery cohort of the 12th Legion, known as the Fulminata, the Thunderers.

They may have been drafted in from other Legions after gaining a reputation, they may have been scoured from the streets of some far flung city under Republic control and drafted to avoid a criminal sentence, they may be one of the few decent soldiers in the 11th. Whatever their past, they are now under the command of Tribune Tarquinius, a man who is utterly confident in his newfound power, and ability to lead, regardless of never having worked a day in his life before this…

As a game set within the tumultuous life of the Roman Army, Legio SPQR will contain lots of fighting, marching, setting up camp and following orders. It will have a higher mortality rate than many of our games, but it also has an incredibly easy reroll system – pick an area of the Republic to come from, and rejoin your squad as reinforcements, constantly rolling in from the other 400 or so members of the cohort offscreen.

This is a catered game, with food provided as part of the ticket price, however as Legionnaires, don’t expect your dinner to be served up ready for you! You may need to add to the stores with plunder and hunted game, and you may be required to keep the cookfires going and contribute to cooking for your fellows.

As with all EYELarp games, historical or fantastical, we do not restrict roles based on any real-world characteristics. All peoples are eligible for military service in the 11th, and it is not remarkable to find people of all genders in the testudo. Modern real-world ideology should be left at the door, and anyone acting in a way that is sexist, racist, homophobic or transphobic will not be welcome in the game.

Legio SPQR Intermission: “A Funny Thing Happened on the way to the Ludus” was set in late spring 51BC (AUC 703) 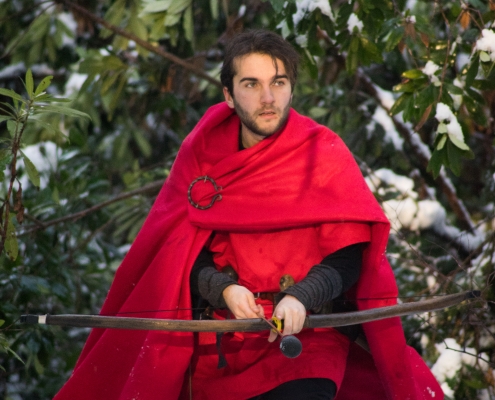 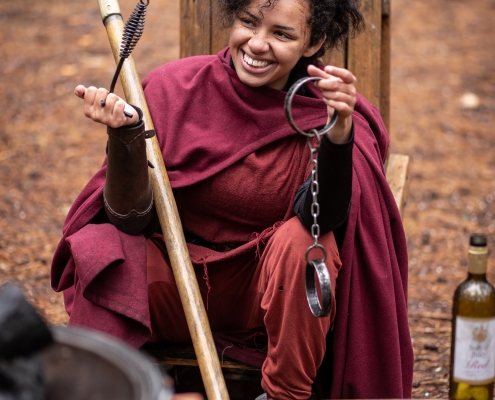 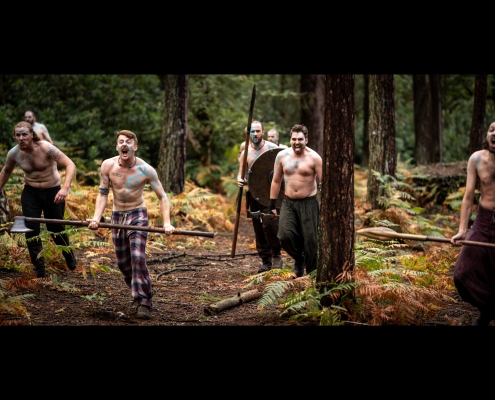 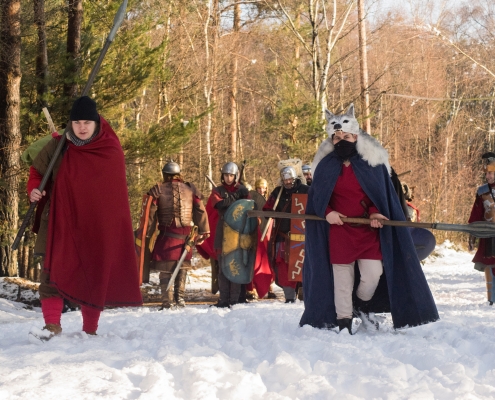 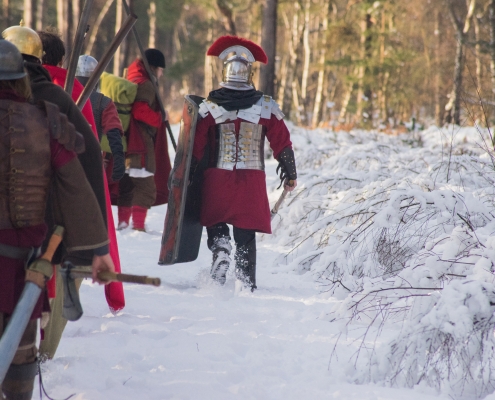 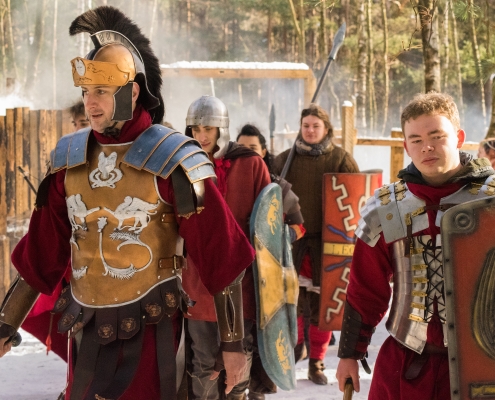 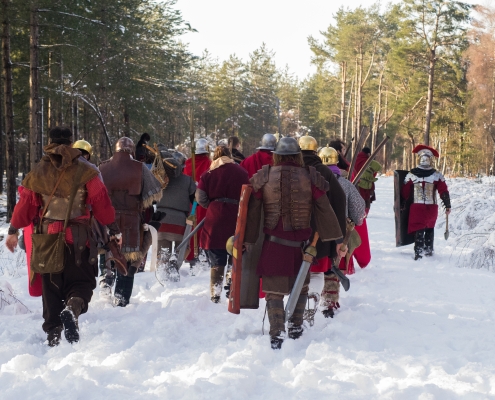 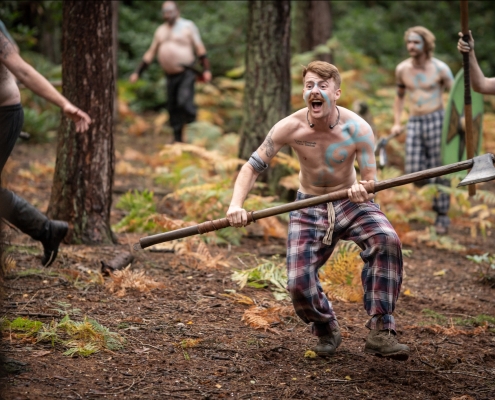 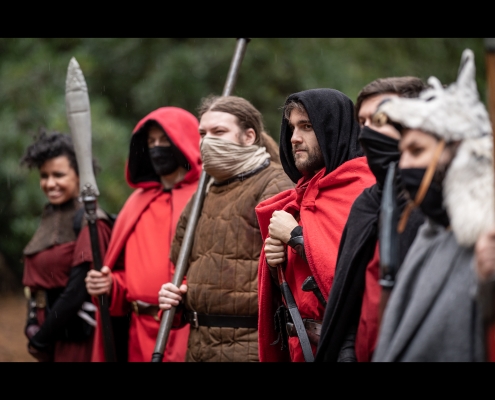 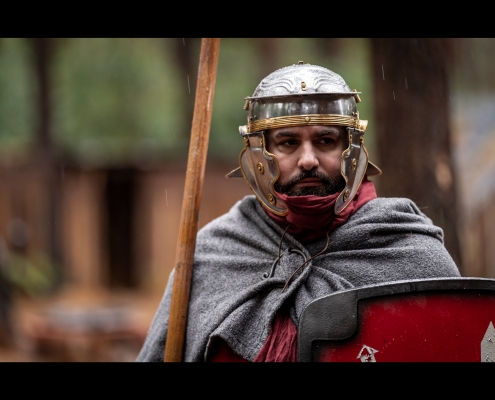 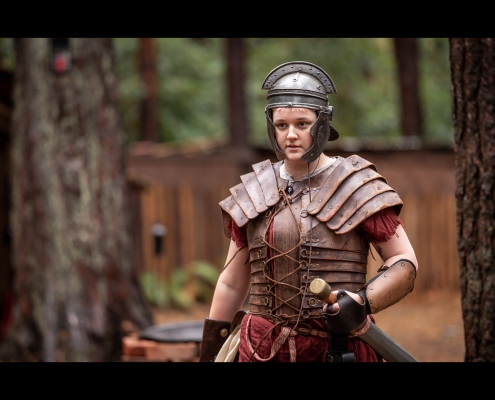 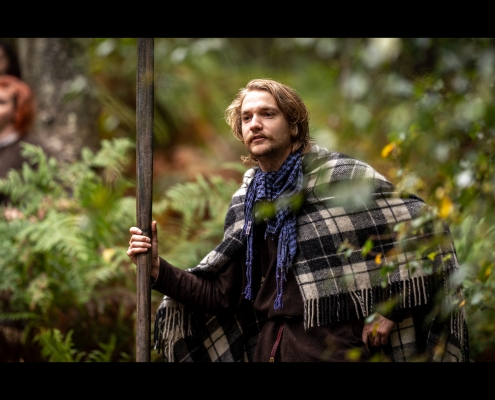 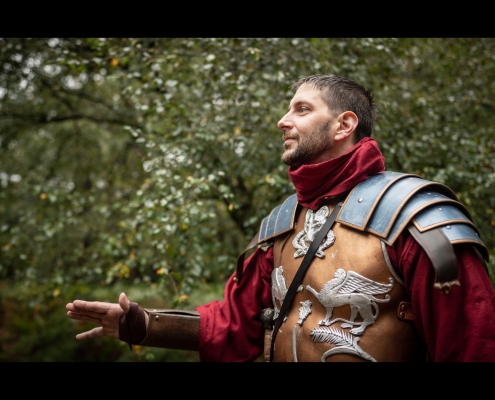 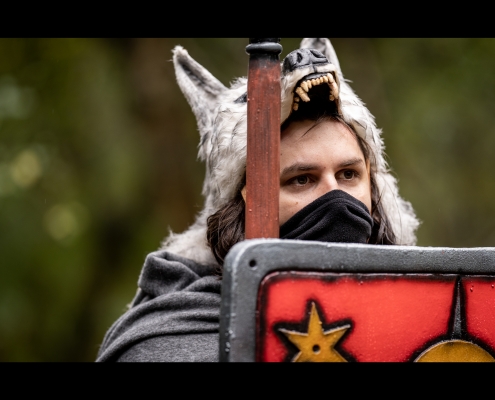 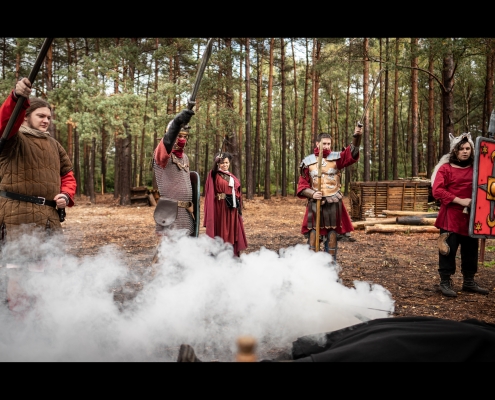 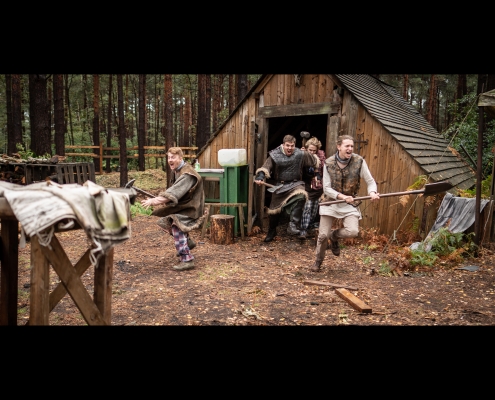 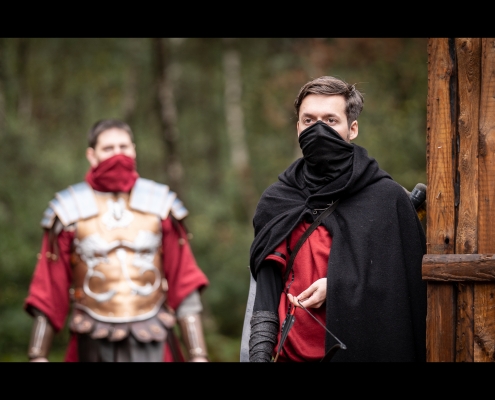 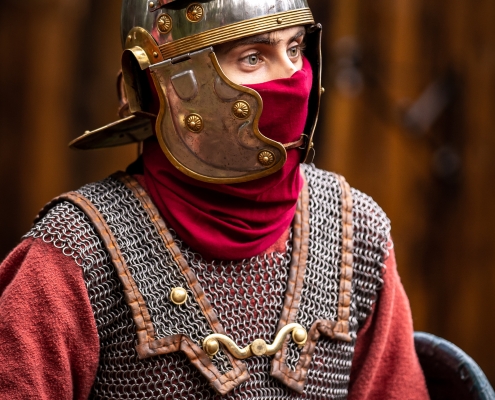 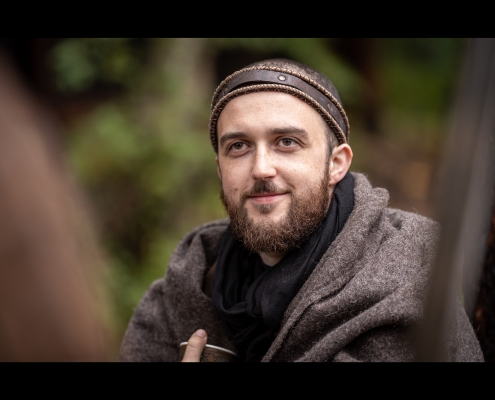 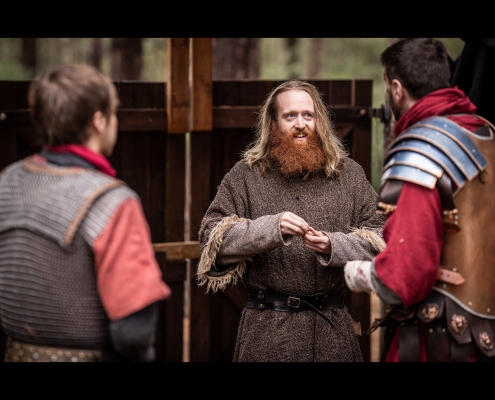 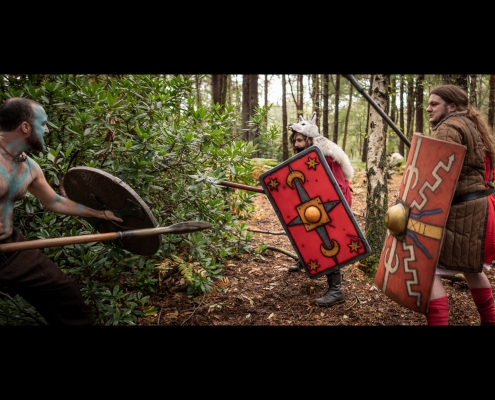 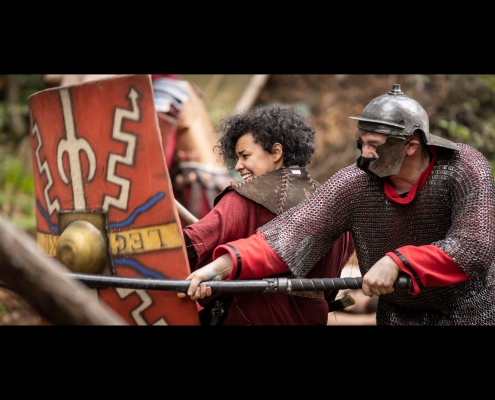 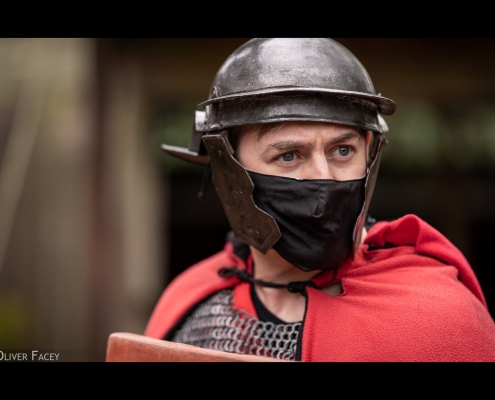 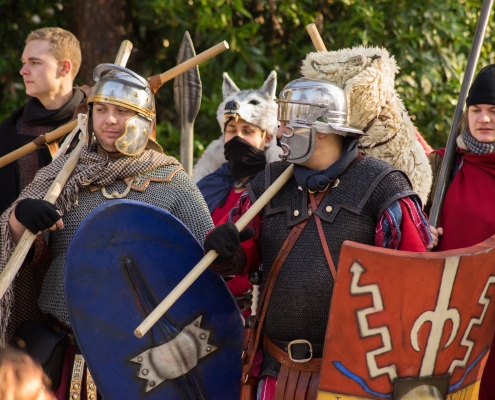 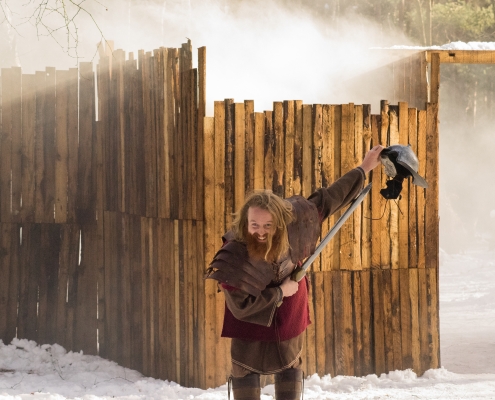 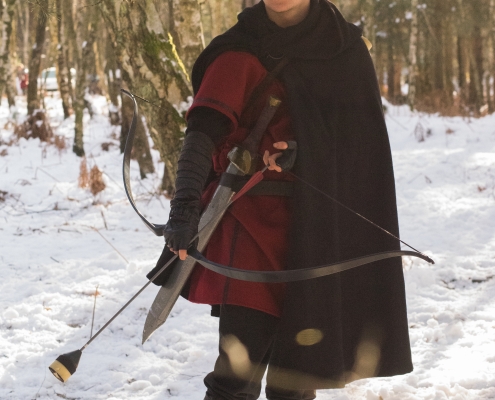 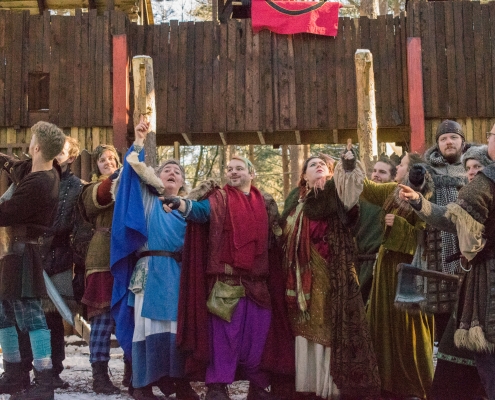 Come join us at our next event! for more information, email us or find us on Facebook.