Welcome to the West..

Will you make it in the wilds?

Flying Lead: Smoke & Brass is an Eyelarp production and an off shoot of one of its longest running games Flying lead.

Smoke & Brass is Film Sim game based in the wild west of America in the 1880s. We’re taking for our inspiration classic Westerns like The Magnificent Seven, A Fistful of Dollars, and The Good, The Bad and The Ugly, and more modern interpretations of the genre like Maverick, Deadwood, Godless and Westworld and games such as the Red Dead Redemption series.

As always with EyeLarp’s FilmSim games, we are encouraging high production values and will be striving for a cinematic feel and look to everything we do. The main rule is: react to everything and don’t expect a specific reaction. Setting It is the start of a new year and a new decade; 1880. Civilisation rolls in from California and Nevada in the West and Texas and Colorado in the East; the Wild West is becoming smaller and smaller by the day. Outlaws and law-keepers alike move further and further inland in pursuit of their own piece of the American dream. On the frontier of the state of New Austin is the recently founded but thriving town of Goodwill, which services a multitude of homesteads, ranches and hamlets that litter the surrounding area of the great Juno valley. Your character calls one of these settlements home: the hamlet of Sweetwater. Your motives for coming there are your own – are you trying to out run civilisation, make a better life for yourself or just want to make a mark on the world? We have chosen the setting and the use of a fictional state – New Austin – to allow us to be creative to the stories and not so closely tied to historical accuracy.

We at Eyelarp would very much like Smoke and Brass to have the fullest immersive feel, with a fully working town, great looking costumes and of course loud and deadly gun fights! At Smoke and Brass we are allowing blank and cap firing guns only, and larp-safe hand weapons and bows. Blank firing guns must not be front venting i.e. shooting flame out of the end of the barrel. Only side, top or bottom venting are permitted. We are allowing no larger then 9mm blanks Bows must be 35lb pull or lower. Hand weapons must look in keeping with the setting and be larp-safe, made of foam and latex. If in doubt, please see a ref before the start of the game.

we welcome you to join our Facebook Page for the game Smoke and Brass this is a closed group just request join. 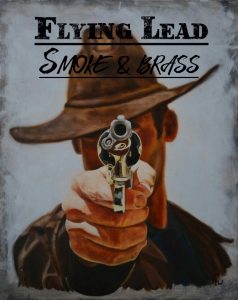 You are all in 1880 wild west America, in the fictional State of New Austin living in a little hamlet of Sweet water.

Cinematic living and survival. Your main aim is to make money so that you can comfortable live.

This is the same as all other Eye Larp games, you don’t need to bring anything special (no eye protection as we just use standard Larp weapons)